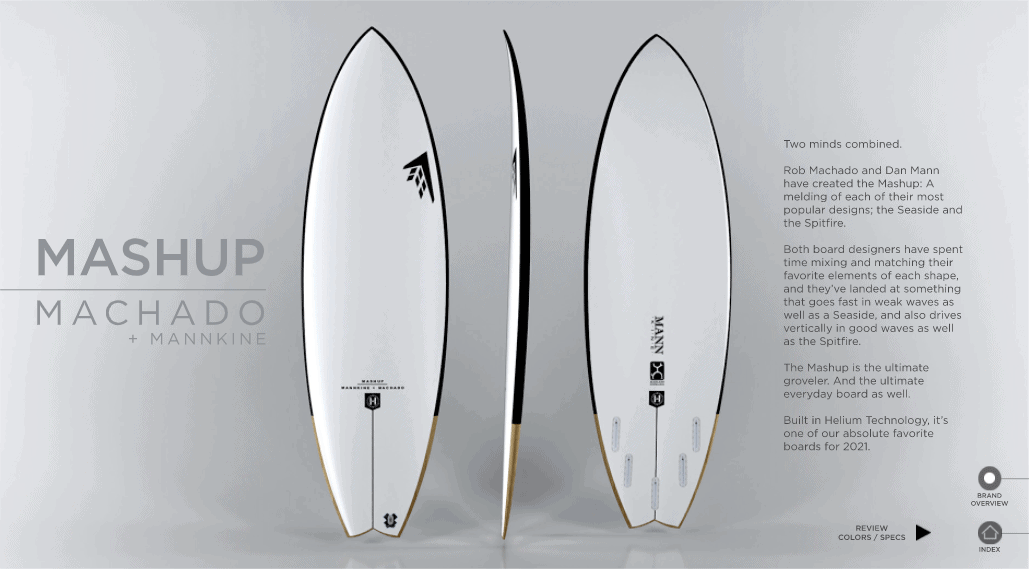 Is This A Sneak Peak At The New Machado & Mannkine Firewire Mashup?

Have shapers Rob Machado and Dan Mannkine been working on a collaborative project? Here’s a potential leak of the new Firewire Mashup!

Love a good bit of gossip? Well lets talk about the Firewire Mashup – a potential new collaboration between Rob Machado and Dan Mannkine!

When it comes to surfboard releases Firewire has got it pretty dialled at the moment and a run of epic launches by Slater Design, Machado Surfboards and Mannkine Surfboards has seen a lot of new boards in the water.

In fact the range from Rob Machado (notably the Seaside and Seaside and Beyond) and Dan Mann (the Dominator 2) have become staples of my quiver.

So when I stumbled across an image of the Firewire Mashup – a collaboration between both shapers – I was pretty stoked.

But hang on, why can’t I find this board ANYWHERE on the internet?!

After a lot of digging and internet geekery it dawned on me, have I stumbled upon a leak of a new, yet to be announced board?

25th Jan 2022 update – The Firewire Mashup has now officially launched, I’ve added some tech specs, dimensions and a section at the end of this post to reflect this. I’ve also got one ready for collection this week so make sure you subscribe to my YouTube channel so you don’t miss the full review!

Is This A Sneak Peak At The New Machado & Mankinne Firewire Mashup?

Was It Accidentally Leaked?

So how did I come across this image? Well whilst doing some pretty mundane, keyword research (aka geeky blogger stuff!) I was looking through image results in Google and something caught my eye.

It looked like a standard Firewire marketing image, but the board looked different, in fact I didn’t recognise the outline at all, but it was in Helium 2 construction.

On further investigation, the image has actually been sat online, on the Firewires Mexico Facebook page of all places, since Nov 2020!

In fact it’s sat alongside a similar marketing image of the Machado Sunday, which was published the day before – a full 6 months before the board was officially announced.

Check it out for yourself below…

So What Do We Know?

At the moment all we really know is whats written on the image:

It’s also worth pointing out that the sign off on the image is “one of our favourite boards of 2021” which indicates that it’s scheduled for a release this year.

There are also a couple of other things that point towards the Firewire Mashup being a very real product:

So, given all the evidence, the Firewire Mashup looks like it is very much a real board that has already been developed and is scheduled to drop sometime soon.

Lets Look At The Combo

Although we don’t have any definitive specs to check out we can certainly figure out a bit from the two boards individually, combined with the image of a Mashup 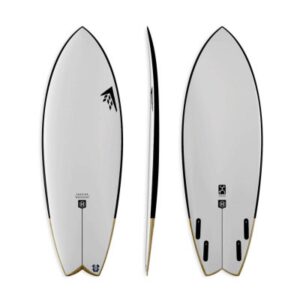 One of my personal favourites, the Firewire Seaside was (and still is) one of the best selling surfboard shapes of all time and is a staple of the Firewire range.

Plenty of volume, speed and paddle power this board is loved by a huge variety of surfers for how fun and fast it is.

And it looks like the backend of the Firewire Mashup is pulling in some concaves, tail and fin placement to bring those aspects along for the ride! 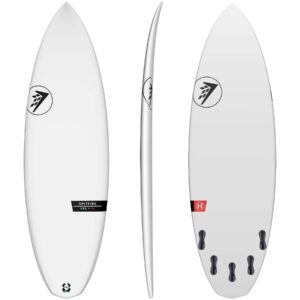 A fine tuned version of the original Dominator, the Spitfire again comes with a flatter rocker for easy paddling, but pulled in tail and refined rails to push it into the performance shortboard rail.

A great board for those steeper, hollower waves.

The front half of the Mashup seems to be driven by the Spitfire, which is more shortboard-eque in outline than the Seaside, although the Mashup does appear to have a little more foam through the nose.

There’s certainly a bit of influence in the tail too, which appears more pulled in than the Seaside and follows the lines of the Spitfires tail.

Having broken down the big draws of both the Seaside and the Spitfire it seems the Firewire Mashup could be competing directly with Dan Manns Dominator 2, which has quickly become one of the my go to boards and the board I’ve been most recommending for people transitioning to a shortboard.

The chances are if you love the Dominator 2, the new Mashup could be the next step forward!

When Will It Be Released?

At the moment there has been no official announcement or launch of the Firewire Mashup. But there are a few clues on when it might be released.

Given that it was published online a few days after the Firewire Sunday image, which was launched 6 months later we could see the Firewire Mashup relatively soon.

Also the sign off of “one of our favourite boards of 2021” strongly indicates that Firewire are (or were) planning on a launch date this year.

However, given the shipping issues facing the whole surfing industry post COVID, the Firewire Mashup could well be delayed until later in the year, or perhaps even pushed back to a 2022 release.

With Machado having just dropped the Firewire Sunday in May, I would expect Firewire to spread out the launches a bit, so it may also be pegged for a late 2021 release, putting some distance between the Dominator 2 launch as well, which was in Dec 2020.

Just before I hit publish on this post I also found it listed on a surf shop website which had it listed as “available from 15th Feb 2022”.

Ultimately though, we won’t know until it appears on the Firewire website.

One things for sure though – I’ll be reviewing is ASAP! 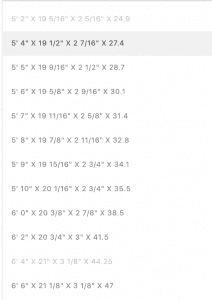 As of 25th Jan 2022 the Firewire Mashup is officially launched and much of the above rings true.

As per the official Firewire listing for the Mashup it looks like this board is aimed at being a performance grovellor, with enough performance in it to handle some bigger conditions too, so it could be a solid go to daily driver for a lot of surfers.

Volume wise it looks like you’ll end up surfing it slightly longer than the Seaside, but shorter than the Dominator 2, and I’ve got my eye on the 5’10 option, coming in at 35.5L

Looking forward to getting my hands on it later this week (fingers crossed) – it’ll be interesting to see how it compares alongside the Seaside and the Dominator 2 as it looks like it may be competing with both for a solid spot in the quiver!

What do you make of the Firewire Mashup?

Will you be grabbing one?