Thinking about buying the new Hypto Krypto Twin? Here’s my full hands on review of the HK Twin, how it compares with the original and if it’s worth adding to your quiver

REVIEW: Hypto Krypto Twin By Haydenshapes (AKA The HK Twin)

How Does It Differ From The Original Hypto Krypto?

So first things first, what’s new and what similar to the original Hypto?

From the launch videos, the Hypto Kypto Twin was positioned as the next step of the original Hypto Krypto (check out my full review of that one here), an evolution of one of surfings most popular board models. 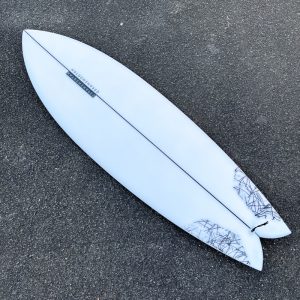 However, given the changes that seem to have been made it seems more like the Hypto Krypto Twin is less an evolution of the original and more of a marketing evolution, utilising the fact the Hypto is almost a brand in itself.

I’d argue that it’s more about the characteristics of the board that have made it into the HK Twin, than the board itself.

As per Haydens walk through these are the main changes:

I totally agree that anyone who got on well with the Hypto will also love the HK Twin and be able to surf it – both in similar dimensions but also in similar conditions, but honestly I feel like it’s less due to the fact it’s based on the same model, and more due to the fact any fish style surfboard will be equally easy to paddle and as forgiving as the Hypto.

As with the original the Hypto Twin is going to appeal to a huge range of surfers – from intermediate upwards.

For those in the lower end intermediate range it’s going to be a great intro into the world of twin fins – keeping the paddle power, stability and forgiveness of the original Hypto, but with that looser twin fin feel.

And that’s a large part of who this board is being marketed at – Hypto lovers who perhaps want something new, or have now progressed their surfing to the next stage and want to expand their selection of boards.

For those at the more advanced side of the spectrum the fact it runs well in a huge variety of conditions is going to make it a solid addition to the quiver, alongside the fact it’ll work well for some summer fun and also as a performance twin fin that can handle some seriously punchy waves.

So whether you’re looking at the next step from your Hypto, a versatile twin fin or something for some summer surf conditions it’s going to be an option to take a serious look at. 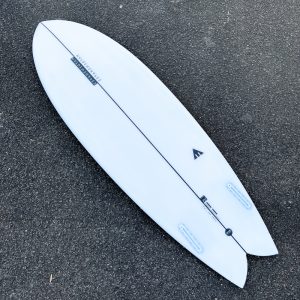 When it comes to dimensions and volume it’s very similar to the original Hypto and Hayden recommends surfing it at the same length.

For those who haven’t ridden the original, that means a few inches shorter than your performance shortboard, with an extra few litres of foam.

It comes in a pretty large size range too, running from 5’0 at 21.5L right through to 7’0 at 60.2L and everything in between, so you can dial it in pretty easily. 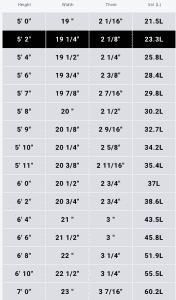 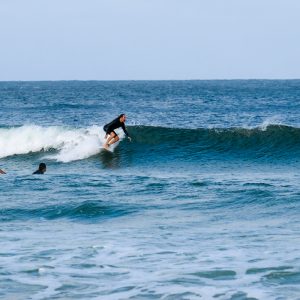 I grabbed mine in PU, mainly due to the price – which sits AU$50 less than epoxy and AU$200 less than the Future Flex. You can also opt for a tinted version (in any construction) but add an extra AU$70 on top if you decide to go that route.

Personally if you’re using this as a small wave fish, the benefits of Future Flex are probably not worth the extra cash – but it’s good to know that you have all 3 options to choose from.

The other benefit of the PU option was the fact they had a bigger range of stock boards (although just before I hit publish there were only 2 left in stock in Oz on their website!) – whilst the PE and Future Flex are all currently made to order with a 3-4 month wait time! 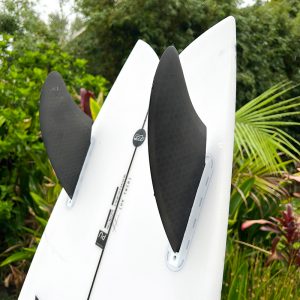 When it comes to fin setup on the Hypto Krypto twin it’s a dedicated twin fin, available in both Futures and FCS2.

As a more traditional fish style surfboard you’re going to get the best experience with a Keel Fin like the Futures K2 – plenty of drive but also enough release too.

I’ve personally been riding mine with the Project Blank Classic Keel and if you’re keen to do the same use the code STOKEDFORTRAVEL for 15% off your order.

At some point I may also be tempted to try it out with a more upright, pivot style twin (and I’ll update this review accordingly) but for the moment the keel fins are going great!

What Wave Size & Type Does It Suit?

When it comes to the variety of waves that the HK Twin will perform well in, like the original Hypto is has a pretty large range. 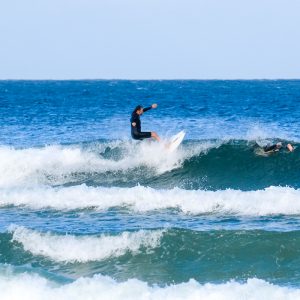 I’ve tested it out in just below waist high to head high and it goes really well in all conditions – and I was impressed by how well it grovels in sub par conditions too.

I must admit though, when there’s a little more shape and punch it certainly lights up a little more – but you won’t have any troubles enjoying some small wave summer fun on this board either.

In smaller conditions the drive off the keel fins allowed the board to cruise through the flatter sections, but when the opportunity presented itself there’s still enough performance and pivot to get some solid turns in as well.

Personally I prefer to surf keel fin twinnies in a more drawn out, cruisey style, but don’t be afraid to put it on rail and surf it top to bottom as well and I can see it being a favourite for some punchy beach break fun.

You’ve only got to check out the launch video to see what this twin fin is capable off and the limits of it – but essentially it’s a board you can surf anywhere between in the 2-8 foot face range.

I’m the first to admit that I wasn’t a hugely big fan of the original Hypto Krypto and I wasn’t too sure how much I’d enjoy the Hypto Krypto Twin – but even after my first surf on it (in sub par conditions) I was pleasantly surprised and pretty stoked with how it went. 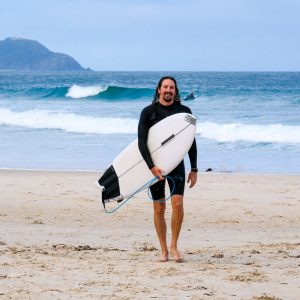 It paddled great, I had no worries catching heaps of waves even when it was smaller and in punchier conditions it was fast, flowy and great fun to ride.

Sure on first glance the outline looks pretty, well, average – and it doesn’t have any eye catching quirks, but in the water it’s a solid choice – reliable, pretty forgiving and most importantly, fun to ride.

For those in the high end beginner to intermediate range it’s going to allow you to keep your wave count up whilst dropping down in size as well as an easy transition into the world of twin fins, especially if you’re already riding the original.

For the more experienced surfer it’s going to be a staple for smaller, summer days but I feel like you’ll be reaching for it on some punchier days too when you fancy drawing some bigger lines, especially at some reeling point breaks.

Overall, I’m pretty impressed and feel the Hypto Krypto Twin is going to stand its ground against the rest of the options out there in the twin fin fish range.

Fast, fun and versatile – it wont disappoint and it’ll a solid addition to any quiver, if you can get your hands on one of them!

What do you make of the Hypto Krypto Twin?

Will you be adding one to your quiver?