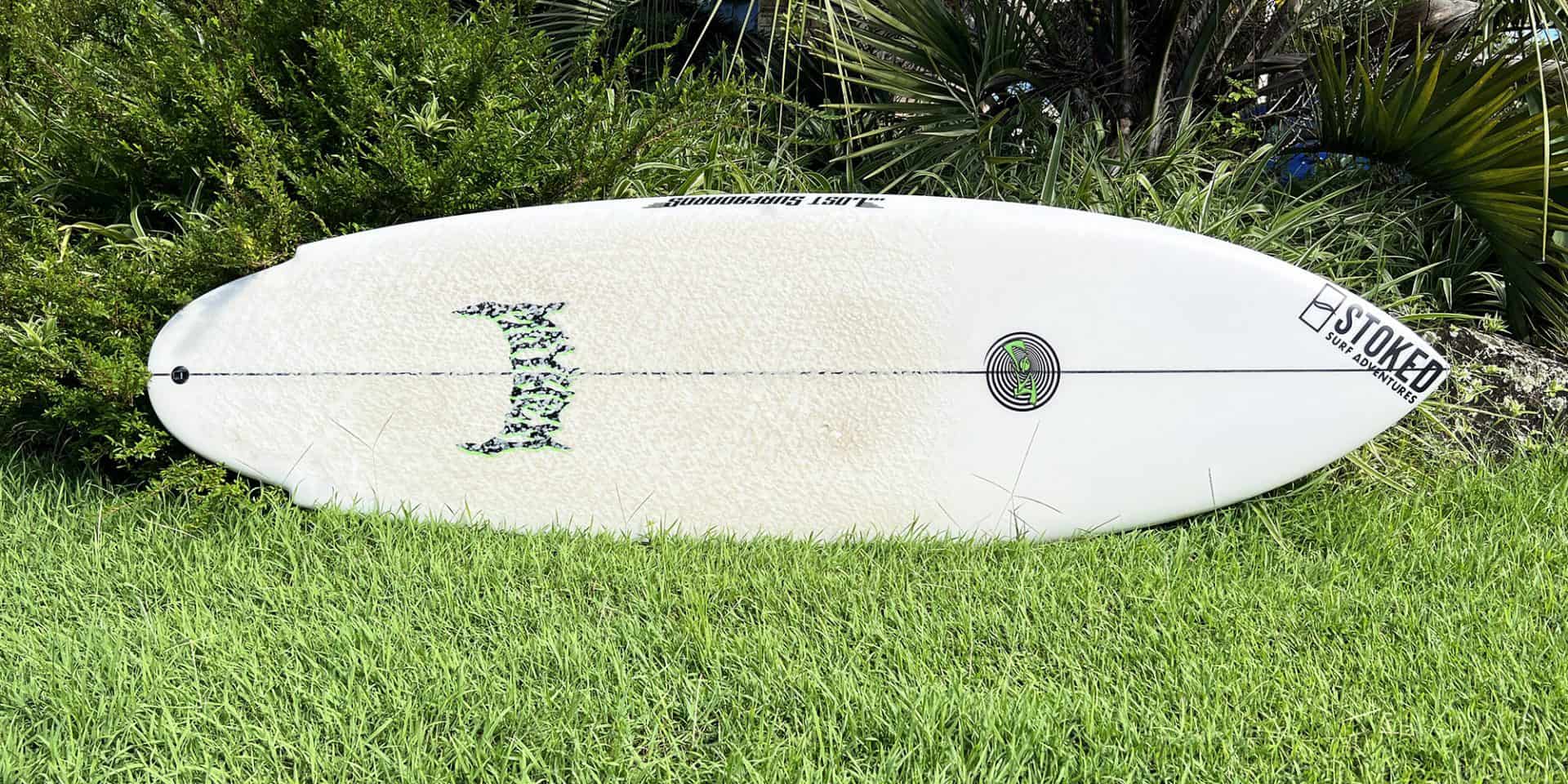 Looking for some small wave fun and something a little different in your quiver? The Evil Twin by Lost Mayhem Surfboards is well worth a look

Boasting some unusual features from the visually intriguing e-wing through to the versatility of the fin setup, the Evil Twin by Lost Mayhem Surfboards is certainly not your run of the mill surfboard.

I’ve spent the last few months testing it out in a huge variety of conditions and here’s why the Evil Twin has quickly become a staple of my quiver, espeically for some serious small wave froth! 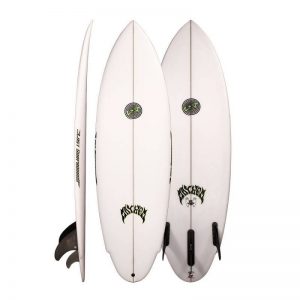 The low rocker, wide point forward of the centre, flatter deck and tucked rails allows the Evil Twin to paddle incredibly well and will certainly up your wave count whether it’s waist high or overhead.

One of its most unique features though is the e-wing on the hip of the tail. This curious looking feature is a staple of Losts small waves boards in the Japanese market and really boost performance in smaller conditions.

And it really does work.

Only the final part of your turn (where some boards might start to loose speed or drive) you can really feel it engage and whip you in the final part of the turn. A great feel underfoot, which is especially noticeable on a big carving turn on a mushier wave – projecting you back into the pocket with a little extra juice!

One of the most intriguing things about the Evil Twin is the fact it has been specifically created to work with a variety of fin setups – so you can mix it about to suit your own personal style and also depending on what the waves are doing too.

In fact Mayhem Surfboards also collaborated closely with Futures Fins on some unique fin options just for this board too. 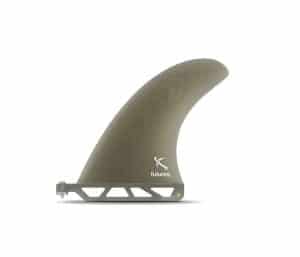 If you’re looking to ride the Evil Twin as a single fin, I’d personally recommend going for the longer lengths. In the smaller option it just doesn’t feel as fun as the other setups, but I can imagine it being a great single fin with a little extra length under you as a mid length.

Lost and Futures collaborated on a 6.25″ Single Fin designed for the Evil Twin, but your go to single fin option will also work well.

This is hands down my favourite fin configuration in the Lost Evil Twin and my go to. Plenty of drive and release, I’ve been using an upright twin fin (the Pivot Twin set from Project Blank) and I’ve had no reason to swap them out!

The Evil Twin Set from Futures is also a solid shout as well though – again it’s built specifically for this board!

Much like the single fin option, I feel this fin setup is going to be best utilised on the longer models.

It was a bit slower off the mark than the twin, but once it got going it turned really well and on a solid point break this would be an epic go to option.

Given the cluster of the fins, you’re going to be best off using the Futures 6.25″ fin as part of this to get a better spread on this fin setup. 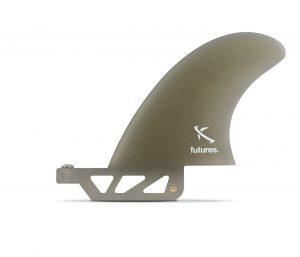 Alongside the Evil Twin, Mayhem Surfboards collaborated with Futures Fins to offer a 3.5″ trailer fin that would work in the centre fin box and overhang it. So if you don’t fancy a full twin fin style, this will tighten things up a bit.

For me it’s been a solid addition as as much as I love the twin fin setup on my forehand, my backhand surfing certainly needs the extra grip of the trailer. Given that most spots around me are right handers it was a must have!

Having tested out a range of small wave performance boards and grovellors, I’m going to throw it out there that the Lost Evil Twin is one of the best and most fun small wave surfboard I’ve ever ridden. In fact it was hands down my favourite until the Firewire Mashup came onto the scene!

Even on small, super mushy days (I’m talking knee to waist high waves) I was super stoked at how many waves I caught on the Evil Twin and what the board allowed me to do on them.

Fast, loose and a super high level of froth factor – if you’re looking for an epic small wave surfboard then I wouldn’t hesitate to recommend it!

And Bigger Wave Performance Too

Having had so much fun on the Evil Twin in smaller conditions, I was keen to see how it would handle some punchier waves, especially with the twin fin setup.

Given the width of the board I was expecting it to feel a bit skatey when the waves got a bit more hollow and punchy, but the e-wing really tightens things up and it felt solid underfoot.

I’ve surfed it in some pretty punchy head high conditions and it went like a dream – so suffice to say the Evil Twin will handle most of what you can throw at it wave wise!

Even though the Evil Twin was released a few years ago now, I think it still competes with the current market and is the type of board that every surfer should have in the quiver.

Fun, versatile and with plenty of froth factor!

In fact I’d go as far as to say it was ahead of its time, almost released too early. Given the current climate for mixing things up and trying new board options I think if the Evil Twin has been released in the last year it would’ve been a massive hit!

Bottom line is the Lost Evil Twin has added some serious fun to my small wave surfing and always leaves me with a smile on my face – no matter what the waves are doing!