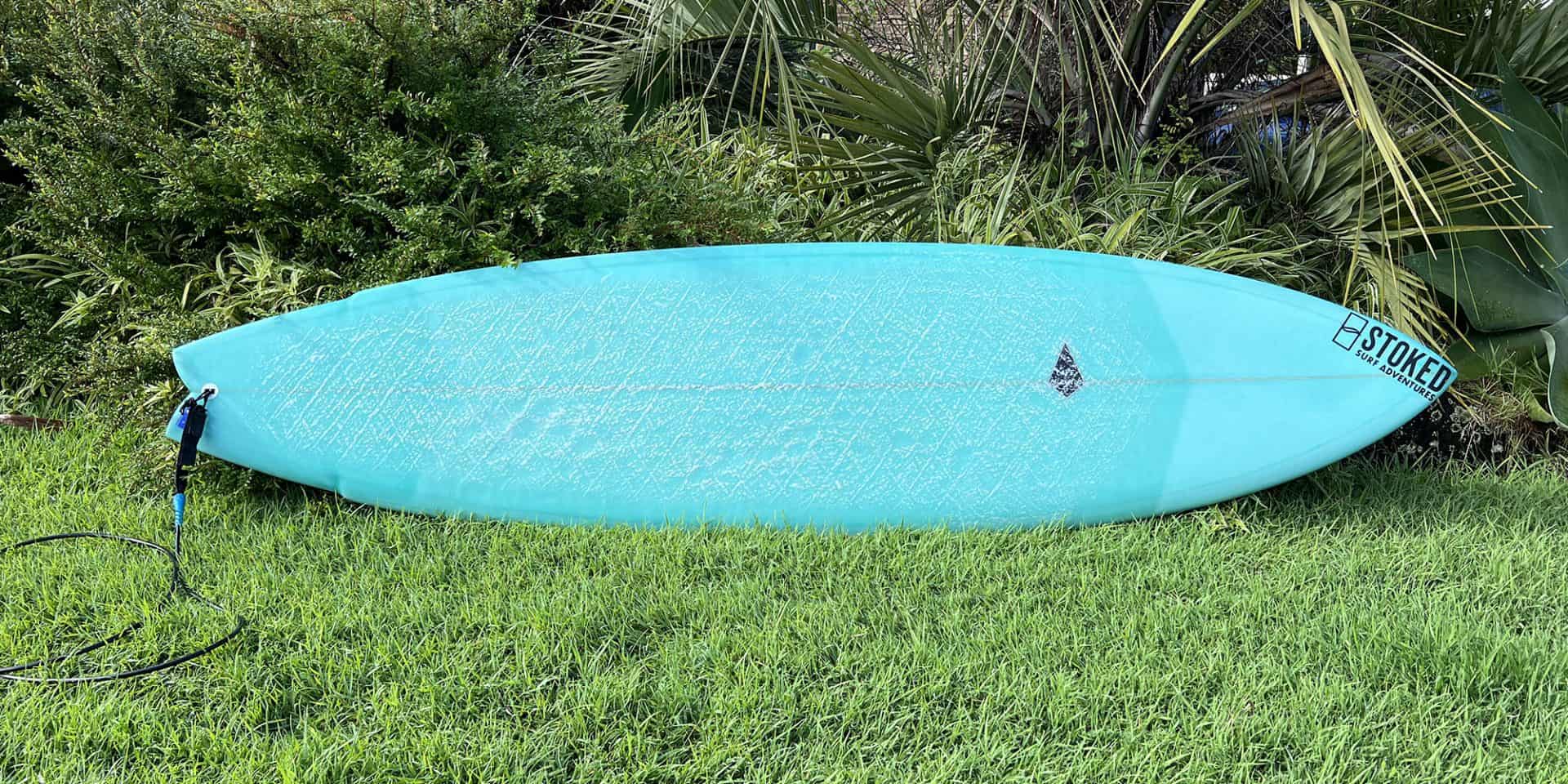 Looking for a performance mid length twin fin that can handle everything you can throw at it? Introducing the Broken Arrow by Cape Collective

If you’re looking for a mid length twin fin surfboard that can handle bigger, hollower days with a great mix of paddle power and performance the Cape Collective Broken Arrow could be exactly what you’re looking for.

What Gap Was I Looking to Fill? 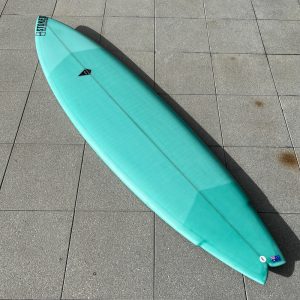 Recently I’ve been really loving twin fin surfboards, but I’ve really struggled with them on my backhand – which is a solid handicap being a goofy footer on the East Coast os Australia!

I’ve played around with a few boards but nothing has really felt great under my feet, especially in punchier conditions.

Although the Album Twinsman is certainly an exception to this rule – I was on the hunt for something that would work well at the points when it was a bit too big for my log, but I still wanted that length to get into things a bit earlier.

Then a buddy of mine lent me his Broken Arrow on a solid day and everything just clicked.

…as soon as I got out of the water I put in an order for one!

The Broken Arrow takes everything I love about twin fins and quad fin boards and gives me the best of both.

It’s got all the speed, drive and stability of a quad, until you put it on rail and the twin fin setup gives you heaps of release – really letting you swing the board around despite the length and drawing some really beautiful lines on the face.

Obviously other parts of the board come into play with these feelings underfoot – but for me it’s the perfect balance of both and these attributes are some of the main reasons I’ve instantly clicked with this board.

So yeah, my big wave board is now a mid length twin fin!

What Waves Is It Suited For? 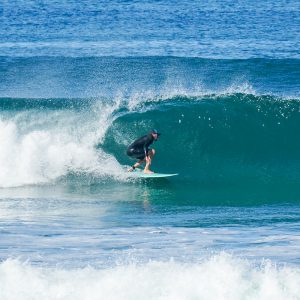 When it comes to waves the Broken Arrow certainly performs best in bigger, punchier conditions.

With heaps of paddle power you’ll glide into waves (making it ideal for point breaks) and the pulled in nose and tail allow this board to handle some seriously hollow conditions as well.

The long, straight rail line generates heaps of speed, whilst the pulled in swallow tail (complete with flyers) pivots rail to rail effortlessly, helped by the release of the twin fin setup.

Even though the volume and length on this board does mean you can surf it in smaller conditions as well, for me the Broken Arrow is the board I’ll be grabbing when the swell really starts to pump and it acts like my step up, with anything shoulder high and above being the sweet spot for it.

Board Breakdown and Dimensions

For me at 185cm and 80kg I opted for the 7’2 option, which is the one I originally tested out and I just wanted plenty of length underneath me.

I’ve ridden logs most of my life so a bit of extra size and volume aren’t an issue – but if you’re a bit lighter or more experienced the smaller options will also perform great.

Board breakdown wise you’d got a long, straight rail line tapering into a pulled in swallow tail, with flyers as well – allowing a bit of extra volume to run right through to your back foot and creating more pivot in the tail.

The fin placement also allows you to surf this board from a little further forward too, and certainly has to scope to move around a bit whilst on a wave.

With a smooth, continuous rocker from the nose and tail, combined with a pulled in beak nose this board can handle barrels with ease and sits really tight into the pocket, allowing you to put this mid length into spots others simply can’t handle! 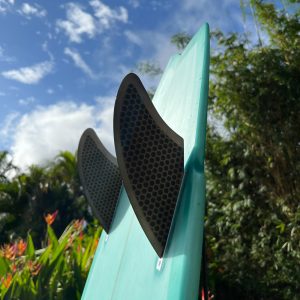 When it comes to fin setup the Cape Collective Broken Arrow usually comes as a dedicated twin fin – with a retro keel style fin being the optimum setup.

For me the Project Blank Twin Fin Keel is my go to (use the code STOKEDFORTRAVEL! for 10% off!), but I’ve also surfed the Broken Arrow using the Al Merrick Keels which felt great too.

For bigger surfers or those wanting even more drive, the Future ENs are also a solid choice.

Made with Burford Blanks, Aussie glass and crafted just up the road from Byron Bay all the boards in the Cape Collective range are solid value, and the Broken Arrow is no exception.

Coming in at AU$849 including a coloured resin cut lap tint you’re getting a lot of board for your money – especially when you compare it to some of the other mid length boards on the market which can easily set you back upwards of $1,200!

Grab yours from the crew at Boards In The Bay, who ship across Australia.

Any other boards you’d recommend I check out?