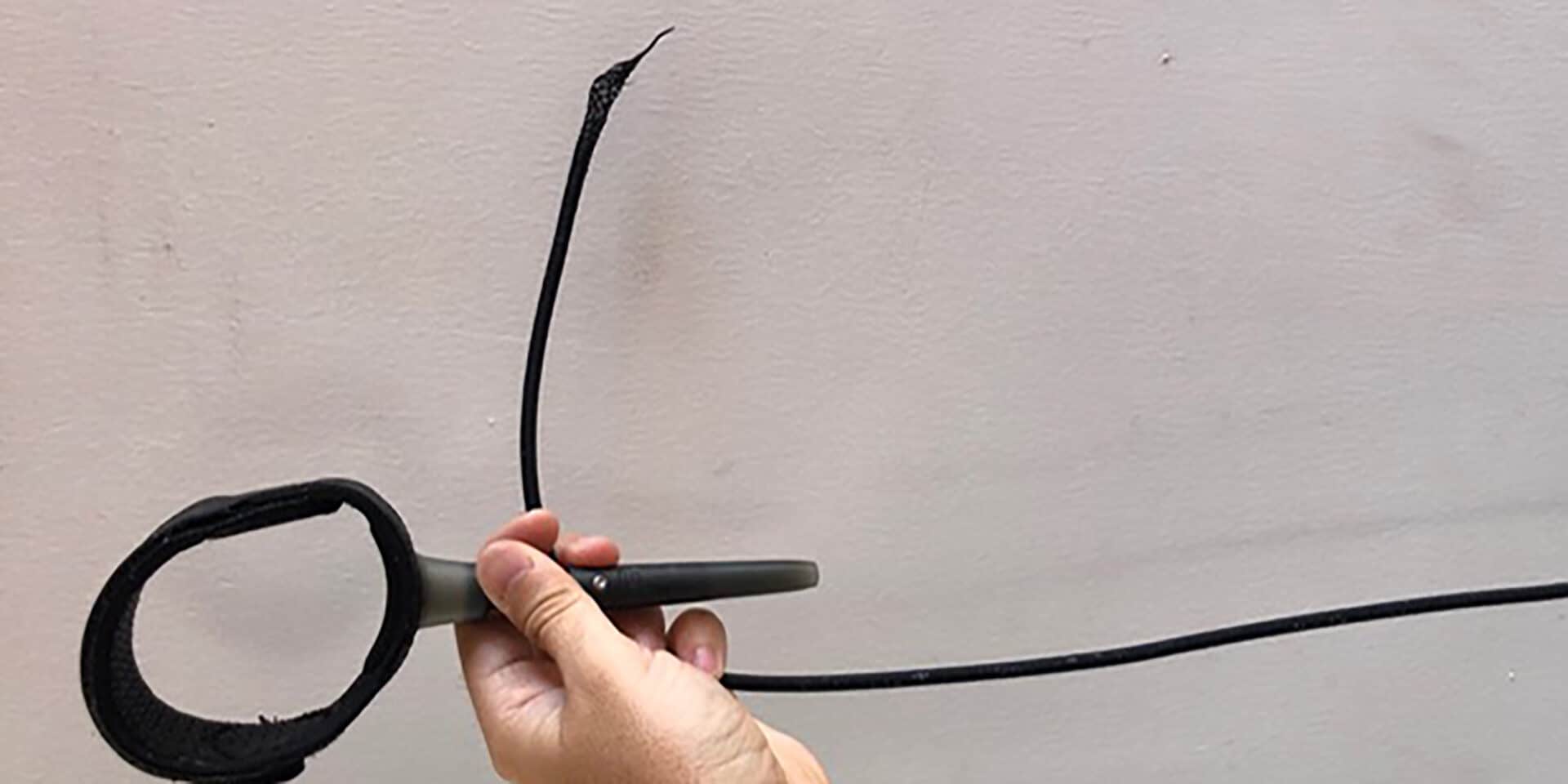 FCS Freedom Leash – Why You SHOULDN’T Buy One!

Need a new surfboard leash and thinking of buying an FCS Freedom Leash?

FCS Freedom Leash – Why You SHOULDN’T Buy One!

Surf Leash – Your Most Important Investment?

When it comes to all the surf gear you’ll end up buying, your surfboard leash is arguably the most important part of the whole setup.

It’s your fail safe – the piece of kit that keep you attached to your surfboard, keeping yourself safe and equally as important – other people safe too.

It should also be the piece of kit you shouldn’t have to worry about either. A well purchased surf leash should last you a long time without too may worries, but its also something you need to get into the habit of checking before each sessions too.

Any nicks, slices, tangles etc compromise the integrity of a surf leash and you should get it replaced. It’s also worth double checking the swivels and velcro too, washing in cold, fresh water after every session to maximise the lifetime of it.

When it comes to jumps forward in surf kit things have been pretty slow on the surf leash development front since someone added in the swivels.

In fact lets be honest there haven’t been too many leaps forward in technology in the surf industry for a while!

The FCS Freedom leash though seemed a promising beacon, so what new upgrades did it bring to the surf leash game?

I’d just bought a new board for my 10 week South Africa Surf trip, so decided to grab a new leash as well. And after checking out the FCS Freedom Leash it did seem to be lighter and more comfortable, so I shelled out the $65AUD for one and loaded it up.

My first issue with the FCS Freedom leash came in Mozambique, whilst I was surfing Tofo Point. As I was getting in for a session my buddy enquire why my leash looked a bit weird near the ankle swivel.

On closer inspection it turned out the chord had been snapped right on the swivel base.

Now I have to admit two thing here.

Those 2 point aside though I would expect much better performance from such a high end leash though. I hadn’t been surfing any huge waves, nor taken any big bails or board ditching, which would put unreasonable strain on the leash.

I’ve only ever snapped 2 leashes in 15 years of surfing before this one. One was a 2 year old leash on a big shore dump, the other was a year old leash in pumping Mentawais.

So to snap a 3 month old leash in mediocre conditions was massively surprising and to be honest, a bit worrying. 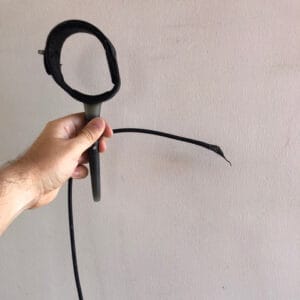 After snapped leash one I wrote it off as an isolated incident. The fact the leash was tangle free, lightweight and actually really comfortable encouraged me to take a punt on a new one.

Less than 5 weeks later in about head high Canggu it snapped. Not just within the fabric wrap like the first one, but a totally clean snap through both the cord and the fabric.

Oh and it was on my second wave of the session too!

Luckily there was only a couple of other people in the lineup, so the board didn’t hit anyone, but the swim back to the beach wasn’t the most fun I’ve ever had!

Yes, I am aware that the leash is categorised as a “comp” leash – but I’ve been using other comp leashes for a while with no issues. And even a comp leash should be able to handle more strain than what that leash was put through in just over a month of surfing.

After dropping over $120 on 2 leashes, both of which snapped and neither of which lasted more than a couple of months I decided I was done with the FCS Freedom Leash and no longer trusted it in the slightest.

And to be honest I felt pretty p*ssed off about it all and decided to complain direct to FCS about the leash. Not only because I was out of pocket, but because I generally thought there might be a defect with them as surely a premium surf product like that would’ve been well tested!

To their credit FCS did get back to me pretty quickly and were nice enough to send me 2 replacement leashes – since I was now back in Australia, bought both leashes abroad and obviously hadn’t kept the receipts.

However the damage was done. I didn’t trust the FCS Freedom Leash anymore. If it couldn’t handle average conditions and became useless that quickly why would I risk another scuppered surf session using one of the replacements?

Oh and despite buying a blue leash and a black one FCS decided to send me a white and a neon yellow replacement, which I’m guessing are two colours they might have some excess stock of in the warehouse!

Luckily a buddy of mine runs a surf shop and agreed to swap the 2 new leashes for store credit, which was obviously pretty handy.

So I promptly cashed them in and picked up a Creatures of Leisure leash after a quick Instagram poll on what leashes everyone recommended using.

Should You Trust Them?

So should you trust the FCS Freedom leash?

Well to be honest that’s really down to you but honestly I won’t be recommending it to anyone – in fact as you might expect I’ll be actively telling people NOT to buy one.

For a premium price product to not deliver on the essential functions of the gear in question is a huge issue. I don’t care how comfortable or light weight the leash is – as far as I’m concerned it’s main job is to keep me attached to my board and stay in one piece for a good length of time.

Yes, some people would argue it’s a “comp leash” but honestly – I’ve had comp leashes in the past with no issues and I would have at least expected 12 months given the fairly standard wear and tear I was putting them through.

In fact the FCS site itself says it’s designed for wave heights of under 5 foot – which I rarely exceeded whilst using them.

If I had been surfing huge waves or taken some crazy wipeouts or been ditching my board I could’ve given them another chance. But 2 snaps that quickly in what I would consider to be average surfing conditions really destroyed the confidence I had in the product.

I’ve now also switched over to the Creatures of Leisure Superlite leash – which is super comfortable and is their version of the FCS Freedom leash, including similar cuff system.

It’s handling everything I can throw at it and is certainly a leash I’d recommend!

FCS have now also released the follow up to the FCS Freedom leash – the Freedom Helix.

I’m glad to say they’ve fixed many of the major issues with the original and it’s a solid, reliable leash.

That being said though, it does come with a pretty hefty price tag, roughly 25% more than the top of the range Creatures leash!

Have you surfed with the FCS Freedom Leash?

How did you get on with it?