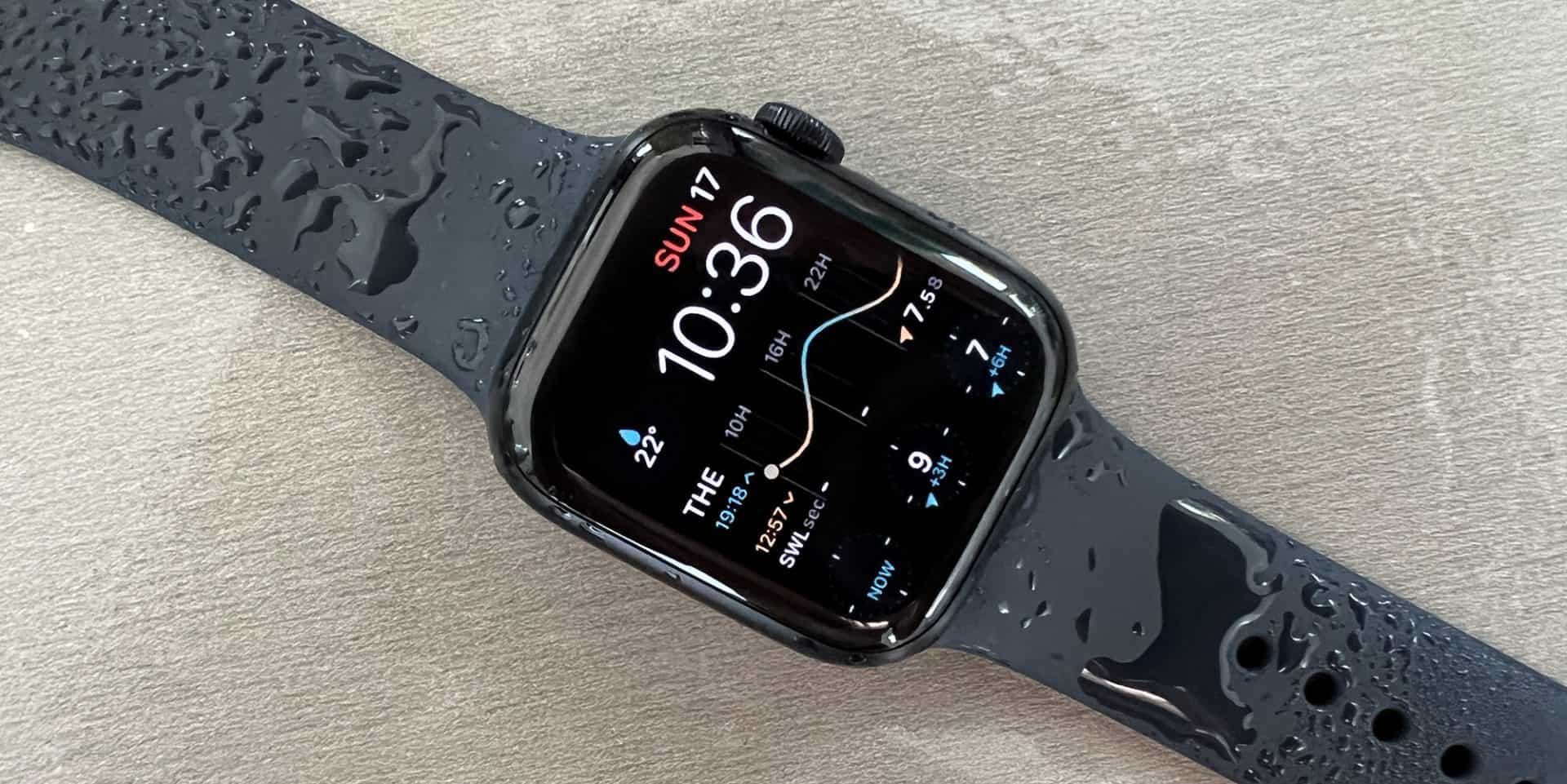 Here’s my full guide to the ultimate Apple surf watch setup, including how to get the surf report on your wrist and even track your surf sessions!

So first things first – which Apple Watch should you buy for surfing?

Honestly though, unless you really want to take advantage of the faster charge times, want access to the blood oxygen monitoring or ECG, or simply ant the latest and greatest Apple Watch, then the Apple Watch SE is a great option and really good value for money! 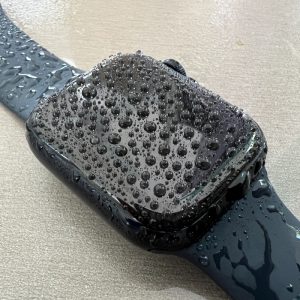 We, as per the official Apple website the Apple Watch Series 7 is swim-proof with WR50 water resistance.

In fact I’ve caught over 3,400 waves wearing my Apple Watch!

The best advice I can give you is invest in a solid watch band (more on that later), a screen protector and make sure you properly rinse your Apple Watch 7 with clean, fresh water after every surf.

Another common question I get asked is do you need the Cellular Apple Watch version to track your surfing?

The quick answer is no, the GPS version will do the job just fine!

Surf Report On Your Apple Watch 7

One of the best hacks I learnt with the Apple Watch Series 3 was how to utilise a couple of apps to get the full surf report and tidal data right as part of your Apple Watch face. 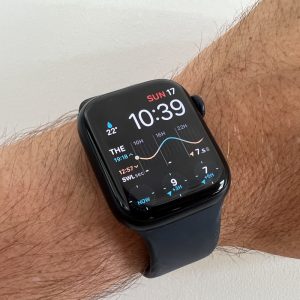 Which means you could quickly glance at your wrist and see the days conditions – including the future wind, swell and tidal data,

One of these apps – Dawn Patrol – now covers everything you need and have recently launched the ability to import their surf watch faces straight onto your Apple Watch Series 5 and up – so it also works with Apple Watch Series 7.

Getting it all setup and ready to go is actually pretty simple:

And if you’re not a fan of their 2 pre-made options, you can also utilise the Dawn Patrol complications on your own, personalised watch faces too.

They’ve also just updated their watch faces to take full advantage of the extra screen real estate on the Apple Watch Series 7 too.

Tracking Surfing On the Apple Watch 7

When it comes to tracking your surfing, Dawn Patrol has you covered and the free version of the will suffice. If you do want access to even more data (including tides and such like) you can also jump on their Soul Surfers Subscription to unlock it. 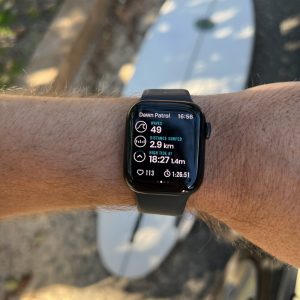 When it comes to tracking your surfing it’s pretty simple:

The app itself has some really cool breakdowns of your stats – including distance surfed, speed and a GPS map of all your waves too. You can also link different boards to your surf sessions and there’s a records section for your top waves. Let me know what top stats you rack up!

At the moment paddle tracking isn’t available, but apparently it’s in the pipeline…

The Best Apple Bands For Surfing

There are literally thousands of Apple Watch Bands out there to choose from, however when it comes to the best watch strap for surfing things become a little more complex, as you obviously don’t want to loose it in the ocean!

I’ve put a few through their paces and these are 5 that are all solid options:

And there you have it guys – everything you need for the ultimate Apple surf watch setup on your new Apple Watch Series 7.

For me, the Apple Watch is by far the best surf watch – and the added functionality the smartwatch brings to the table beats dedicated surf watches like the Ripcurl GPS 2.

So if you’re looking for a way to keep track of the current surf conditions and track your sessions I wouldn’t hesitate to recommend the Apple Watch Series 7.

Are you planning on taking your Apple Watch 7 surfing?

Let me know if you have any other questions