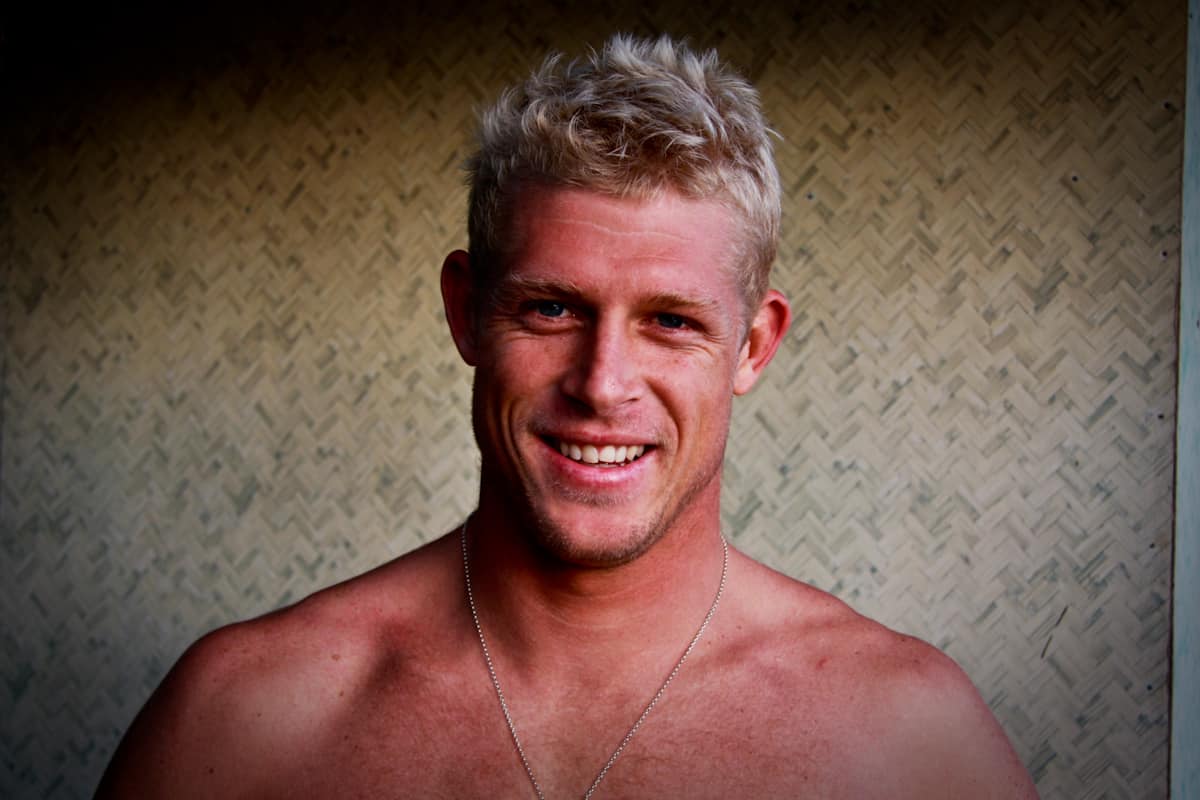 3 world titles, a born and bred Aussie legend – who else would you go to advice for on the best Australian surf spots than Mick Fanning?!

I love surfing in Australia and I find myself back there again and again on the hunt for waves.

So I caught up with non other than 3 times and world surf champion and Ripcurl team rider Mick Fanning and grilled him on his top Australian surf spots.

It really came on when the council started dredging sand out of the Tweed River and pumping it just off Snapper Rocks.

The sand filled up Rainbow Bay and Greenmount and suddenly, stretching from Snapper down towards Kirra, we had Australia’s longest right. It gets ultra crowded but on a good day 10 to 20 second barrels are common.

Next time you hear it’s on, book your flight.

Look out for: Dean Morrison and the kamikaze mal riders.

Bells is the most important wave in Australian surf history.

This burger may not look like much from the beach but when you take off on a Bells special you instantly feel the powerful surge of the Southern Ocean and with that big wall stretching on forever in front of you it’s hard not to be impressed.

After a good Bells session you’ll understand why the top 45 look forward to the Rip Curl Pro, the longest running surf comp in the world, every year.

Look out for: The shorebreak, on big days it’ll getcha good.

Just around the Button from Bells is one of my favourite right-handers on earth. Winki is a better wave than Bells, it has really nice big walls.

When it gets big it can be a nightmare getting in. Locals are really dedicated, really good surfers that deserve a lot of respect.

Look out for: The chill. Make sure you have a good suit. Not hard to find in this town with Rip Curl in the main street of Torquay.

In the nor-west desert, open to big Indian Ocean swells is Gnarloo which is regarded by some as one of the heaviest breaks in Oz because of it’s remote location.

The wave rifles for hundreds of metres barrelling over boils caused by shallow sections in the reef. Camping is the only means of acommo so prepare well.

Look out for: The man in the grey suit.

5. Burleigh Heads, QLD (February to May)

Big clean Burleigh is a dream. You’ll duck behind sheet glass lips that pitch wide and run for hundreds of metres. On bigger days The Cove serves up some of throatiest fastest pits on the east coast.

A solid pit at Burleigh is unforgettable.

Look out for: sets when jumping off the slippery rocks.

My favourite kind of wave is a sand bottom right-hand point break and there probably isn’t a better one than Kirra.

It doesn’t break like it used to but I’ve had some of the sessions of my life at Kirra over the years.

Look out for: The sandbar. It’s shallow and hard.

7. Lennox Head, NSW (February to May)

Another wave close to my heart. I’ve had a bunch of unforgettable sessions out at Lennox. With a solid south swell running Lennox starts to fire.

Aside from the actual wave it’s just beautiful spot to sit in the ocean.

Look out for: The tricky entry and exit spots over the boulders. Not a wave for beginners.

One of the funnest beach breaks on the planet. If the winds are offshore there’s generally always a fun bank to attack at Straddie.

It’s a long stretch of beach so you can always get away from the crowd.

Look out for: Boats if you’re paddling across the Seaway.

There’s plenty of great breakwalls on the east coast but one in particular rates highly for me.

Like a lot of these set-ups this wave wedges.

I can’t tell you where it is but here’s a hint: It’s somewhere between Brisbane and Sydney, north of Coffs Harbour and south of Ballina.
Look out for: Protective locals.

Australia has so much surfable coast and even though most of it’s been discovered there’s still so many waves breaking each day with nobody on them.

One of my favourite things to do is explore new spots I haven’t surfed before. On your next surf mission don’t use maps or surf travel guides, take tracks that aren’t accessible by road and you will eventually stumble across a beachie, reef or offshore bommie and nobody will be around.

If it has been surfed you won’t know. Rip in!

Look out for: Empty line-ups and goodtimes.

Thanks for the interview Mick – stoked you could share some of your local knowledge!