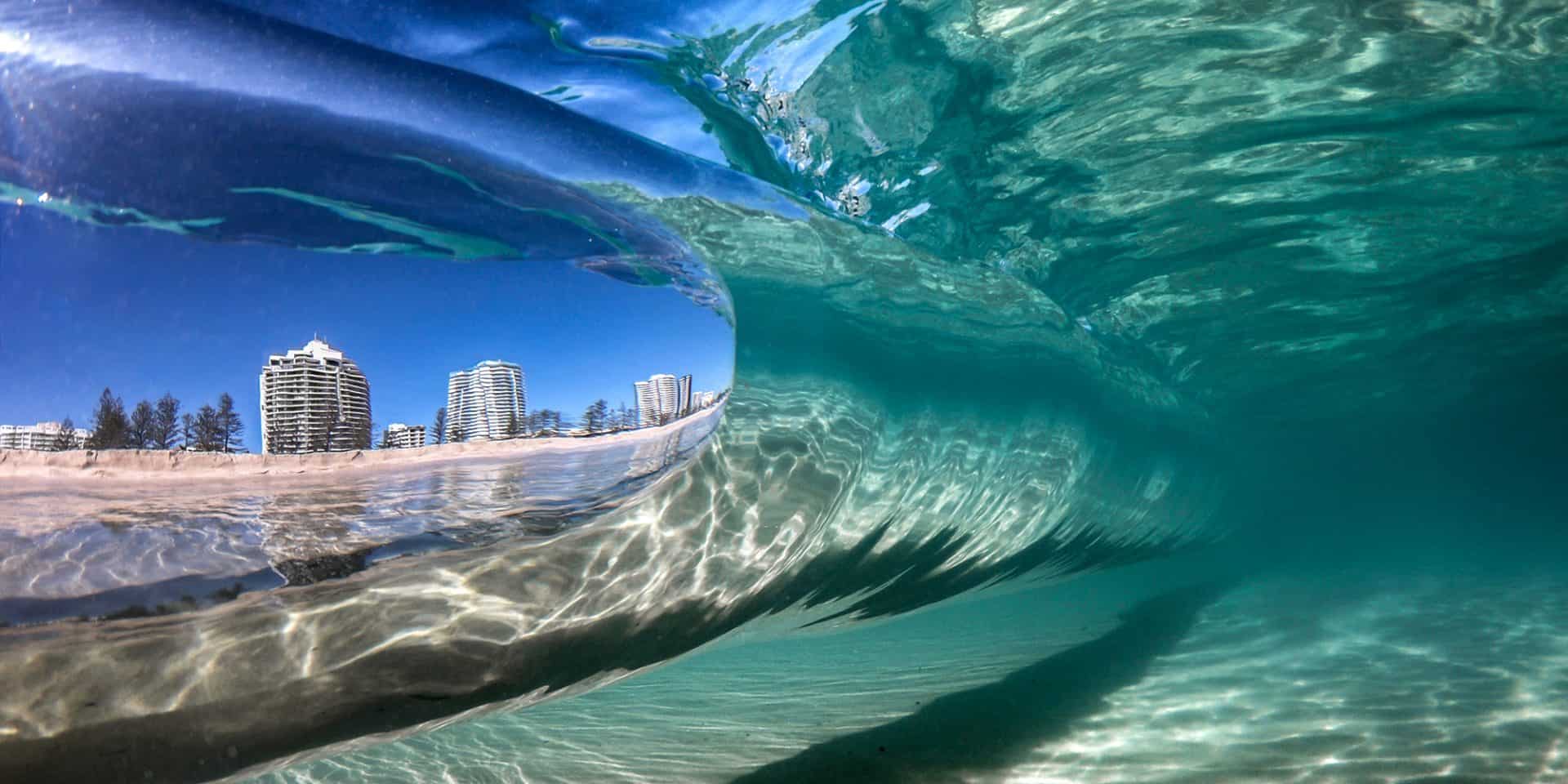 Looking to up your game when it comes to underwater GoPro photography? We catch up with GoPro Family Member Mitch Gilmore and ask for his top GoPro tips…

Being able to take epic underwater GoPro photographs is one of the biggest draws for many GoPro users – Instagram is filled with epic beach shots and waves!
As skilled as I am with underwater photography though I decided to enlist the skills of fellow GoPro Family Member Mitch Gilmore – chaser of clarity and all round underwater GoPro genius –  to get the lowdown on how he captures his amazing images…

How Mitch Got Started

So Mitch lets start at the beginning – what got you into underwater GoPro underwater photography?

My journey started in 2014 with a GoPro hero 3 (silver I believe) which I bought to kill the boredom while I was unemployed! 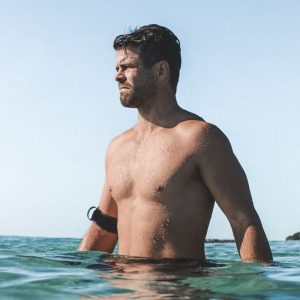 I started off strapping it to my skateboard and taking selfie videos of myself surfing and body boarding.

One day down in Byron Bay I was out surfing with my brother,  there was a lot of people in the water that day and I was getting frustrated with the crowds, so I decided to throw the board to the shore and slap on some flippers to head back out and shoot some footage of my bro surfing.

Ever since that moment of seeing the photos later that day, I may have only touched my board once or twice, I was hooked!

My journey as a photographer was sparked by that moment and propelled further after seeing some of the work people like Ben Thouard and Sean Scott were producing. I’m stoked to say that I can now call both of them friends and their work still inspires me to go further every day with my own work.

So when it comes down to conditions what are you looking for to nail those epic underwater GoPro shots? 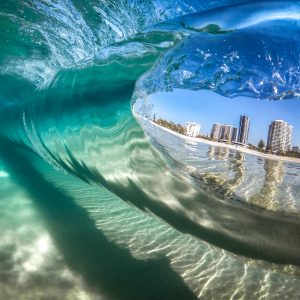 I’m known in my circle of photography friends (and probably my followers on Insta) to froth the clarity, it’s a style I first shot a few years ago and I became addicted to chasing those clear conditions.

The water is usually clearest on days where the wind is low and has been for a weeks or so before hand, southerly winds are always the best (I’m based on the Gold Coast in Australia), they bring up a lot of clear water.

One thing that surprises a lot of people is that I am not a fan of large swells, I prefer tiny waves as there is less water disturbance when the waves are small so less water movement means better visibility.

Sunrise is generally best for these type of conditions as well as the wind is lower and the conditions are glassy.

What locations do you aim for then – sandy bottom beaches? Reefs?

I want to shoot a reef break one day, that’s a massive dream of mine, though for now it is all beach breaks and sandy bottoms which is basically all of the breaks around the Gold Coast.

What gear are you using for shooting at the moment?

So at the moment I am currently using a GoPro Hero 6, Hero 7 , Hero 8 and recently got my hands on the new GoPro Hero 9. 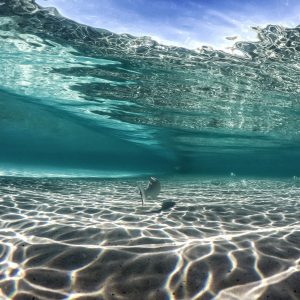 They all serve different purposes –  the Hero 6 I use primarily for photo (burst mode) and the Hero 7 , 8 and 9 I use for video because of their insane video stability with Hypersmooth.

I also use a GDome dome (the ones that can create this epic split shots above and under the water) and have been for a few years now, I had a few issues with leaking in other brands before I used a GDome – but those have never leaked on me.

DMC fins are my go to for my feet, Anyone that has shot a few hours straight in the ocean can relate to the pain your feet can feel after wearing some brands of fins. The DMCs are a perfect fit for me though and have been so soft on my ankles and feet that I have never had any small cuts or pain – even after hours shooting in the surf.

Grab The Gear (click for more info and to buy):

What are you GoPro settings to make the magic happen?

This is a hard one as so many people have their personal favourites! 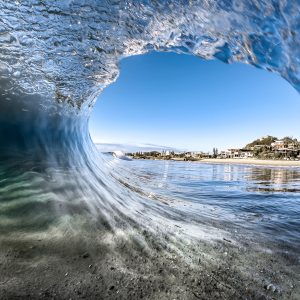 When capturing waves or surfing photos I shoot burst mode 90 percent of the time as it captures a lot more photos in a short amount of time, giving you the ability to nail the exact shot you were looking for.

30 x 2 (30 shots in 2 seconds) is my go to as it gives you the chance to shoot the wave as it comes towards you, as it is rolling over you and behind the wave as it breaks.

30 x 1 is amazing for smaller and faster waves.

When it comes to video settings I use 1440 or 2.7k as it is a full screen resolution which means you are capturing as much footage as the camera angle will allow and the 1440 on the Hero 8 lets you capture video in 100 frames per second, giving you the ability to slow your vids down nice and slow.

Once You’re In The Water

So once you’re in the water what’s your process?

I used to get over excited and move around to much hoping to not miss “that shot” though I noticed this was causing me to wreck a lot of my photos with water disturbance to the photo.

Nowadays I like to basically keep calm and swim gently, before I shoot a wave from behind and underneath I will actually dive deep at least 10 seconds before the waves is even near me to ensure my body hasn’t caused to much disturbance to the water surface, which allows me to get a nice clear window to shoot.

Ok so you’re out of the water with a memory card full of pics – how do you select the best images and what do you do for editing?

It’s really about what I like personally. When I first started I was trying to predict what my audience like and choose my shots based on that, once I started focusing on what I liked and posting that, it really gave my work positive traction. 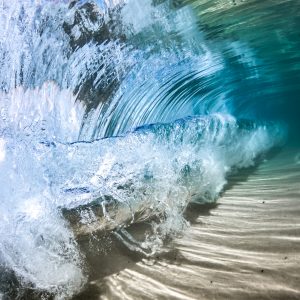 When I first started shooting clear water I posted a ton of shots of it and I had a few tell me I needed to mix it up a bit and not soley focus on clear water (which I obviously ignored). If you like it then post it!

Editing wise Lightroom is my go to for the final touchers. Although it isn’t free, it is perfect for what I am trying to achieve with my work. If you have it then you know and it’s well worth the investment and learning how to use it.

All of my editing is actually done on my phone so the Lightroom App is simplified and fairly easy to get your head around.

With my Videos I use the GoPro Quik App and Inshot as I don’t do too much video at the moment and these apps make it quick and easy to produce content.

Thanks for all the epic tips Mitch – any other awesome underwater GoPro photographers you’d suggest following?

There are so many great GoPro photogs out there though My brothers Nick Jones, Jake Brereton and Daniel Pasquale and Geoff White are ones that seem to always blow my mind with their work – so go check them out and give them a follow! 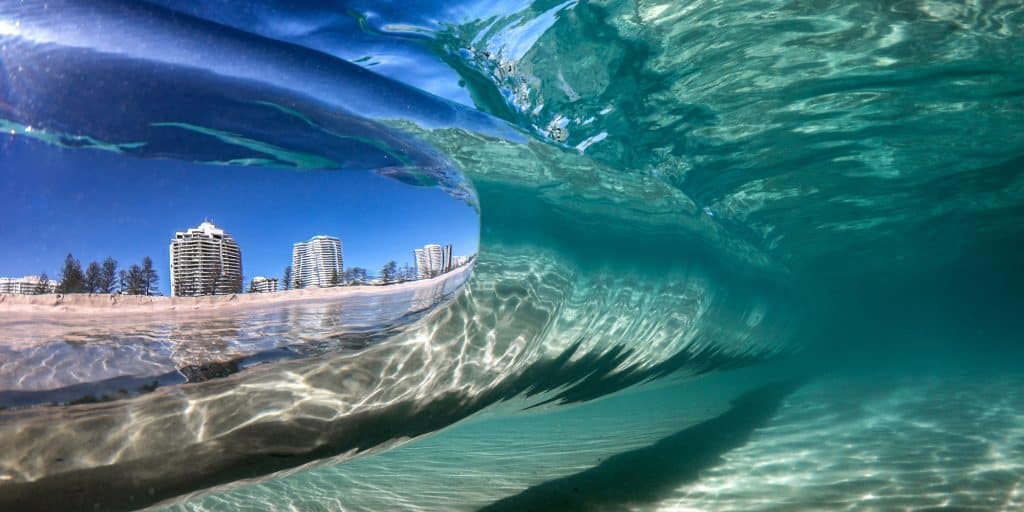 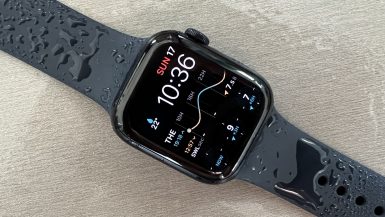 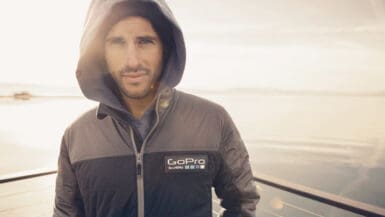 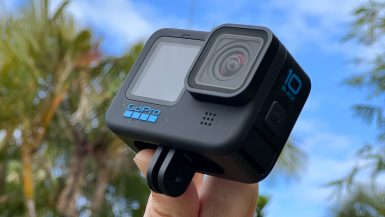 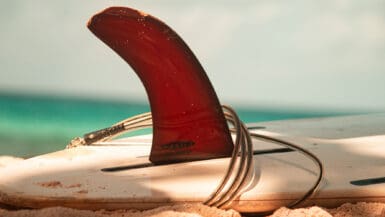