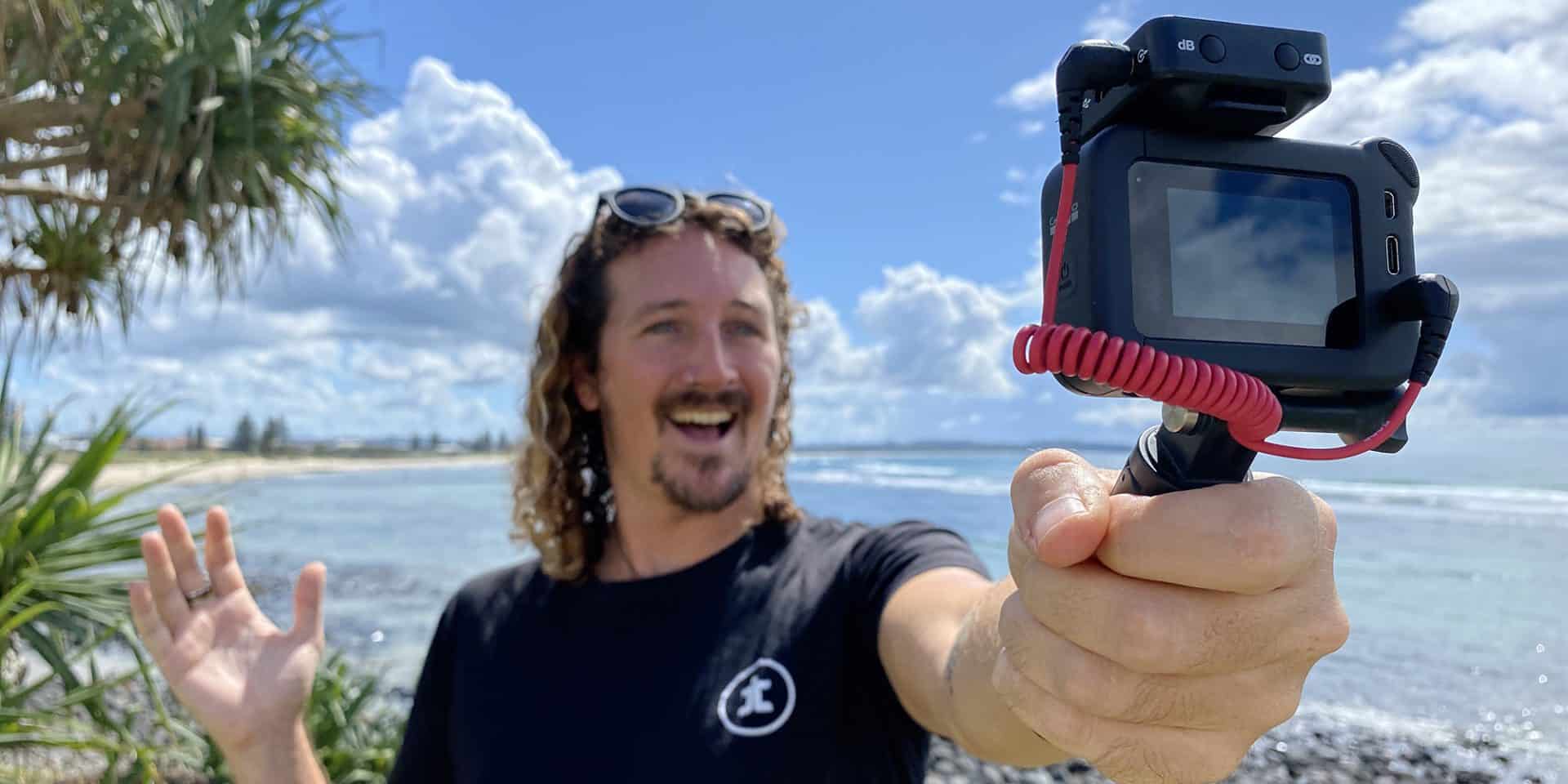 Thinking about using your GoPro for vlogging or trying to figure out if a GoPro travel vlog setup is right for you? Here’s everything you need to know!

Thinking about using your GoPro for vlogging or trying to figure out if a GoPro vlog setup is right for you?

Well I’ve been using my GoPros whilst travelling for years now – capture all the chaos, vlogging and putting all kinds of setups through their paces on the road.

So if you’re on the lookout for a travel vlog setup and need some help figuring out what gear to invest in here’s a run-through of how I use my GoPro for vlogging, including heaps of handy tips…

Why Use A GoPro For Vlogging?

With so many awesome vlog setups out there why would you even consider a GoPro for vlogging? 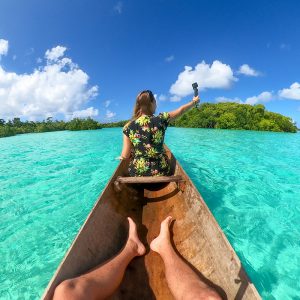 Well for me the GoPro sets itself up as a potentially epic vlog setup for a number of reasons;

When you look at some of the vlog setups people are using they’re pretty large, heavy and most importantly expensive – three things anyone looking to get into travel vlogging are trying to avoid!

The GoPro on the other hand is small, lightweight and relatively well priced, so its got the basis of being an awesome setup.

Which GoPro Should You Choose?

First off lets run through the basics of any GoPro vlog setup – the camera itself.

GoPro have been producing epic action cameras for a while now and to some extent all will be fine for vlogging – however in the most recent version they have jumped up heaps in terms of quality and features, so lets run through the last 4 GoPro models in terms of their vlog limitations and advantages. 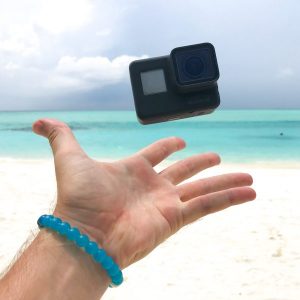 The oldest GoPro model I’ve included in the list, the Hero 6 is certainly the most affordable GoPro, but also the oldest I’d recommend going for when it comes to quality, features and resolution.

If you’re budget is tight it’s still a solid option, but it does lack the inbuilt stability of Hypersmooth which is well worth the upgrade cost to either the Hero 7 or Hero 8. 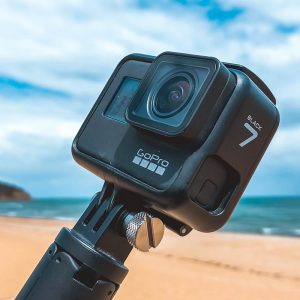 The first GoPro to introduce Hypersmooth stabilisation, this is the GoPro that really upped the game and where a GoPro vlog setup really came into consideration.

The bump in resolution and frame rates opened up a range of slow mo options (great for travel vloggers) and the current pricing gives you a bit of extra cash in your pocket for accessories over the Hero 8 price. 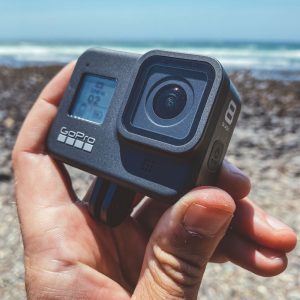 Even though the GoPro Hero 8 (check out my full review here) ended up falling slightly short of what I really was expecting and was more of a Hero 7+ than a fully fledged Hero 8, it’s still the best standard GoPro on the market.

It added in Hypersmooth 2.0 which is available on all resolutions and frame rates (a HUGE plus) and most importantly it brought with it the GoPro Media Mod (but more about that later).

If you don’t already have the Hero 7 this is the GoPro I’d most recommend.

I’ve added in the GoPro MAX as a bit of a curve ball here. Some people are touting it as the ultimate GoPro For vlogging, but I’m still not sure it deserves that title.

Sure the 360 filming is handy and opens up some really creative options to play with and Hero mode (where it shoots like a normal GoPro, through only one lens) is the most stable filming on any GoPro – but it is limited to 1080 which is a bit of a confusing move by GoPro and a deal breaker for a lot of vloggers.

For those new to travel vlogging (and presumably video editing) the 360 stuff can be confusing to work your head around editing wise, so you’d be better off with the standard Hero 8.

Although the in built audio is also the best of the GoPro range – but a Hero 8 + media mod still comes in cheaper than the MAX on its own.

Now the GoPro range have never been known for their epic audio quality – and although the Hero 7 upped the game and the Hero 8 built on this even more, for serious creators audio was still a huge barrier for using a GoPro for vlogging, especially over the likes of the Canon G7 X or Sony A6400 with their option for external mics and flip up screens. 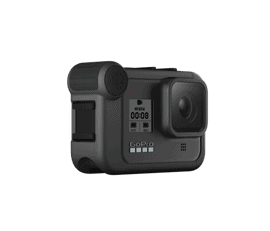 There were a few workarounds, including a GoPro 3.5mm adaptor (which works with all the GoPros I’ve mentioned above) but this left the GoPro pretty exposed and it was down to third party accessories to pick up the slack.

There are a few decent options out there but still not ideal as they were pretty clunky – but they did sow the seeds for the Media Mod.

With the release of the Hero 8 it has became apparent that as a company they’ve seen the potential market in using a GoPro for vlogging.

So alongside the Hero 8 the GoPro Media Mod, Light Mod and Display Mod were also launched. 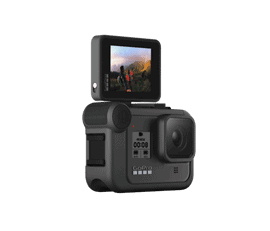 Unfortunately all 3 are priced separately and combined would be an additional $360USD all in!

Even though the fact the Media Mod had its own set of inbuilt mics, the thing that a lot of vloggers focused in on was that the Media Mod allowed a clean and contained solution for attaching external microphones – which opened up a whole range of options.

Now obviously the perfect solution to this whole audio thing would be a built in 3.5mm jack as standard (fingers crossed for the Hero 9!) or even great unbuild audio, but for now the Media Mod provides a pretty clean solution and opens up the option for a range of external mics.

So if you’re looking at the Hero 8 as your GoPro for vlogging and are prepared to make some additional investment to bump up the audio quality the Media Mod + external mic combo is the way to go.

And there are plenty of options to choose from for all setups and of course budget, but here are some of the most commonly used ones;

These are the most commonly used option for Vloggers and attach to the cold shoe mounts on the top of the camera (or GoPro media) mod. Often seen with the fluffy “dead cat” wind stopper. Easy to install and instantly ready to go as soon as you power on the camera.

Although not as common as the shotgun mics, lavalier mics can be a great option for travel vloggers as they are attached to the lapel of your shirt (or even under your clothing if you dont want it to be seen) allowing for clear commentary even in amongst a lot of hustle and bustle.

The big downside is the length of the wire from the camera to your lapel, however wireless lavalier mics free this up and even allow you to have crystal clear audio commentary a long distance away from the camera.

Of course you dont have to jump in right away and splurge on these – you can always see how you get on with the standard GoPro audio before investing in the Media Mod and an additional external microphone setup.

Honestly though if you’re setting off soon, want to sort everything before you go, are serious about getting into vlogging and of course have the budget then I’d say audio is something you really need to be thinking about.

I put off audio for far too long and looking back I should’ve certainly upgraded it sooner.

Ok so this brings me nicely to how I’m personally using my GoPro for vlogging! 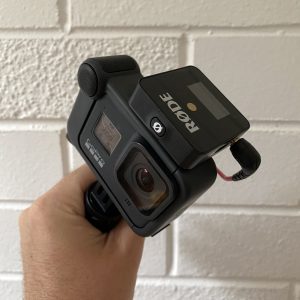 At the moment my GoPro vlog setup primarily consists of the following gear;

I then also have the GoPro Supersuit (aka the dive housing) so I can capture underwater footage too, although the GoPro on it’s own (WITHOUT the media mod attached!) is also still waterproof to 10m, which should cover most people! 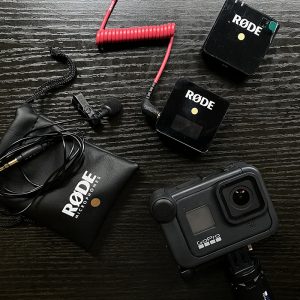 And of course one of the best things about GoPro is the range of accessories (both official and third party) you can utilise to get even more creative with your filming.

One of the main other accessories I’d add to any setup would be the Floaty Handle, which allows you to safely make use of the waterproof GoPro setup – something that is a huge advantage over traditional SLR and mirrorless setups.

I always travel with the GoPro Portable Power Pack too which allows me to keep everything charged on the road, even on a long day of shooting.

When it comes to the audio setup above, to be honest I could’ve easily got away with going with a cheaper shotgun mic (like the Rode VideoMicro) or even a cheap lapel mic setup – there are plenty of cheap options on Amazon for under $20!

But the Rode Wireless Go and Rode Lavalier Go combo gave me the most options in terms flexibility and audio quality – and most importantly in a small, lightweight package.

So if you have the budget to play with those are two items I’d highly recommend investing in.

How Are You Using Your GoPro For Vlogging?

Obviously the proof in how good a GoPro For Vlogging really is are the real life examples of videos created by everyone with them.

Check out my YouTube channel here and feel free to share your YouTube channels in the comments so we can all check out what GoPros are capable of in real life situations!

And of course if you have any questions or suggestions about GoPro vlog setups or gear add them in so we can all share the knowledge.

Do you use your GoPro For Vlogging?

What setup do you have? 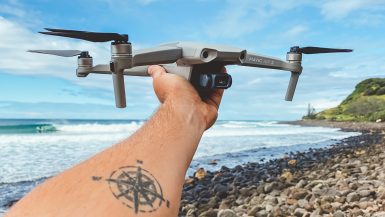 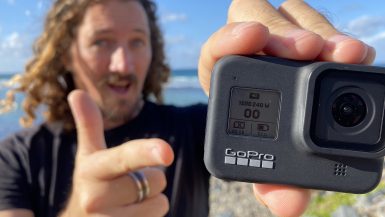 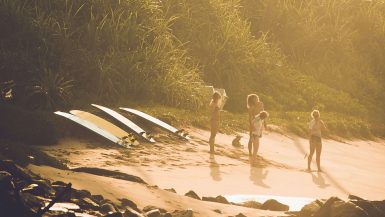 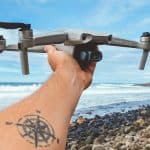 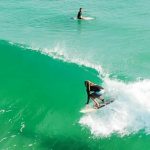 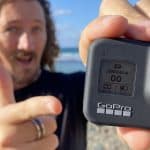 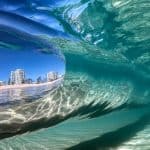 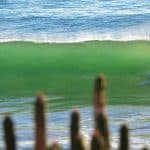